A+ A-
Print Email
Miss USA 2015 Olivia Jordan will now have a few remaining moments before crowning her successor to become Miss USA 2016 this June. There are at least 52 contestants from all over the States who will compete to clinch one of the most awaited pageants in the season.The ladies will be seen showcasing their charm and pageant skill to gain an achievement that will definitely change their lives on a permanent basis.

Ladies will be selected based on their performance during the preliminary competition. They are going to present themselves one-by-one, showcasing their swimsuit and gown presentation to the judges as well as to the audiences. Pageant fanatics will gather to the Axis theater to witness the contestants from all over the United States to battle against each other on who will be the next Miss USA. The winner will represent the United States in the upcoming Miss Universe 2016 competition that will be held later this year.
The preliminary show was already conducted on June 2, 2016. The coronation night will be held on June 5, 2016, at the Axis theater in Las Vegas, Nevada. Ladies were given the chance to prove to the audience and the judges that they deserve to enter the semi-finalist round. The candidates will be called again to showcase their gowns and swimsuit as sponsored by international fashion brands and accessories that will be worn by the candidates on stage.

After watching the preliminary round, there are already few candidates who captivated the audience's attention that could provide a good fight for the finals night of Miss USA 2016 beauty pageant. Candidates were able to show their catwalk skills, posture, and glamour in front of the judges as well as spectators of the pageant. All 52 candidates successfully graced the stage using their poise and personality during the pageant.

After watching the full show, there were candidates who stood out, having the potential to enter the semi-finalist spots. Some candidate presented their catwalk skills, beauty, and personality as they carry the wardrobe to the state in order to impress the judges. Some also fail to impress pageant enthusiasts due to their poor performance, poor body structure, and dresses that fail to proportionate the skin tone, body, and their over-all impact in front of the stage. 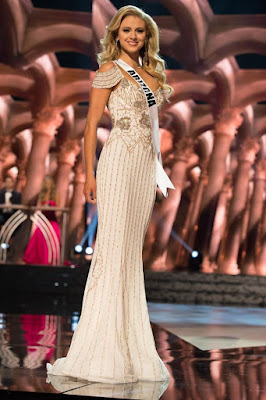 This lady impressed the judges with her poise and strong stage presence during the preliminary competition. Her swimsuit has an above average performance that exuded her personality while she graced through the V-shaped runway. She also nailed the gown competition by wearing a vertical lined gown that further enhanced her height and aura. 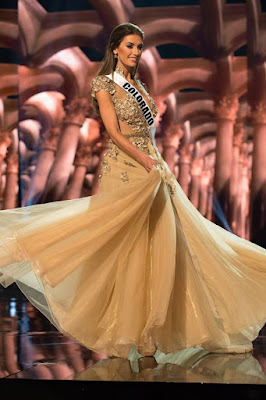 The twirling girl from Colorado is also a potential contestant that can easily penetrate the top semifinal spot. Her stage presence is strong, making it as an asset for her to breeze through the next round of the competition. With her strong performance during the swimsuit and extravagant style in the long gown portion, Caley will never fail her state to be called on stage to be one of the ladies to woo the judges. 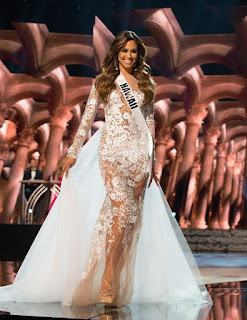 Watch out for this girl from the Hawaiian archipelago. This girl has the charisma that has been keeping her steam on fire during the preliminary competition. She flaunts her gown effortlessly while using her shiny teeth to captivate the senses of the judges. Her confidence is also strong throughout the pageant, making her as one of the semi-finalists in the competition. 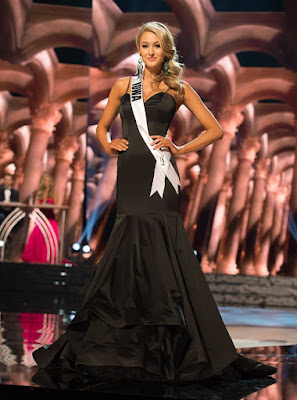 This girl will be remembered for her resemblance with Paris Hilton. her enigmatic beauty can regard it as one of the most photogenic in the competition. Her blonde hair, blue eyes, and vibrant skin tone exudes her performance to be recognizable. She nailed the swimsuit with her catwalk and nailed the long gown with her confidence while exonerating the gown to maximize her full potential to be in the top spot in the preliminaries. 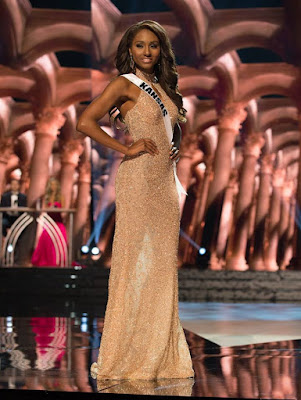 Oh Lala, this candidate can be mistaken as a professional international model. She resembles like that of Iman. Her photogenic aura effortlessly amazes the judges that are highlighted by her unique bone structure. Do not ever single this lady out because her performance can easily make her through the top 3 spot in the competition. She is considered the most competitive candidate with an overall package. 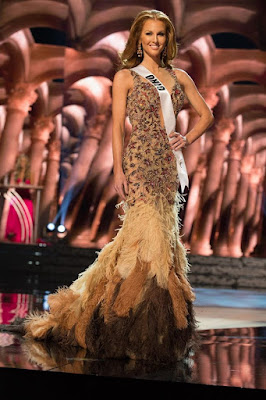 All apologies for failing to indicate the caption from the video. This red-headed girl from Ohio exudes a unique blend of a lady that possesses a beauty queen material. Her poise and personality transform her aura to be queenly on-stage. She is a silent killer with a formidable performance, making her one of the girls to watch out for. 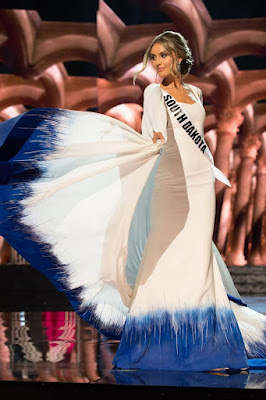 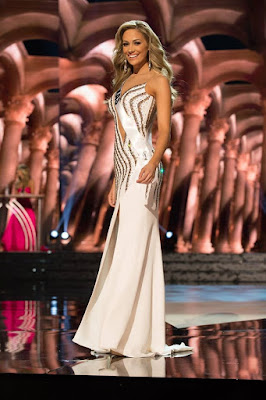 Daniella is a girl with a bubbly personality that resonated in front of the audience. Her beauty and overall performance are stellar enough to give her a ticket to the semifinalist round. She has a strong sense of confidence level that lifted her spirit through the runway and during the gown competition. her choice of gown makes her classy and elegant on stage. 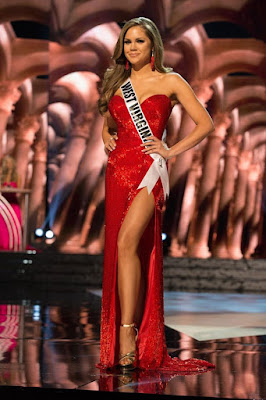 She may have an average performance during the swimsuit portion of the preliminaries. But her choice of a gown can make her penetrate the semifinalist round of the pageant. She is considered a dark horse in this competition with a booming performance, aura, and personality. Judges will not be surprised if this lady will be part of the next round of the competition. 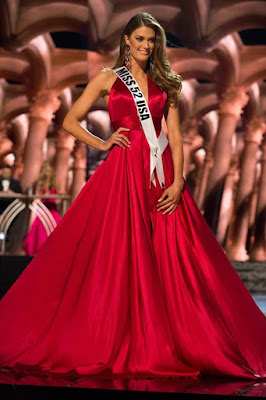 Alexandra is representing the 52nd state. But where is state 52? This is the question that can make judges as well as the crowd to remember this lady and regard her as the executioner of the pageant. She nailed the swimsuit round with her energized catwalk skills. But the most brilliant of them all is her gown performance. She owned the stage with her billowing red gown, making her the girl to beat in this competition.

*So who is your favorite?

Posted By The Story of Anthony
Labels: ENTERTAINMENT, HOME, pageant
at Sunday, June 05, 2016