Atleast there are 63 total candidates who are now in Sri Lanka, vying for Miss Intercontinental 2016, along with the reigning winner from last year's edition of the pageant. The candidates are now having a good time navigating Sri Lanka in cooperation with Sri Lanka's local government units as well as its tourism. The delegates will have the opportunity to enjoy the tropical climate of the annual beauty pageant such as enjoying Sri Lanka's pristine beaches.


Watch the Video Presentation below 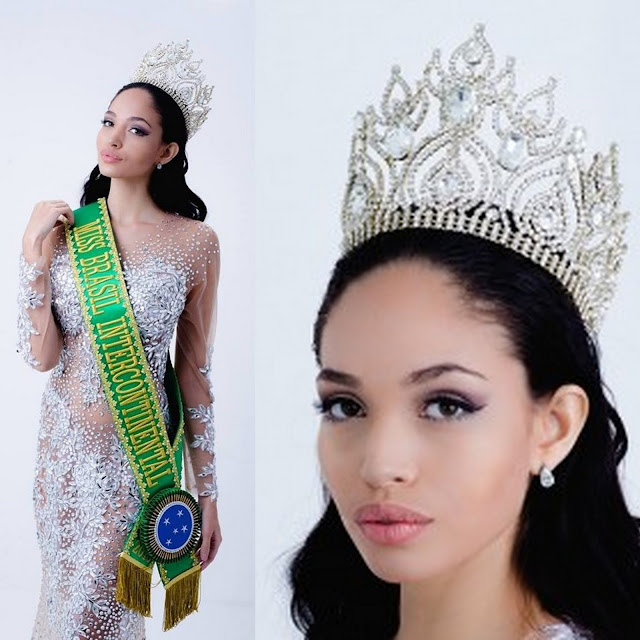 Sabrina's Angelic feature is a bombshell. She has one of the most beautiful faces in the competition. She can always glide her face when the camera starts to focus on her. You can see that she has the confidence while doing the art and style of posing in front of the camera. Clearly, Sabrina is a photogenic candidate with a sweet aura that could captivate any person who will set on her elusive aura. You can observe that she is playful with the camera, creating numerous good shots that creates a good impression to conquer the pageant. Watch out for this woman throughout the competition. 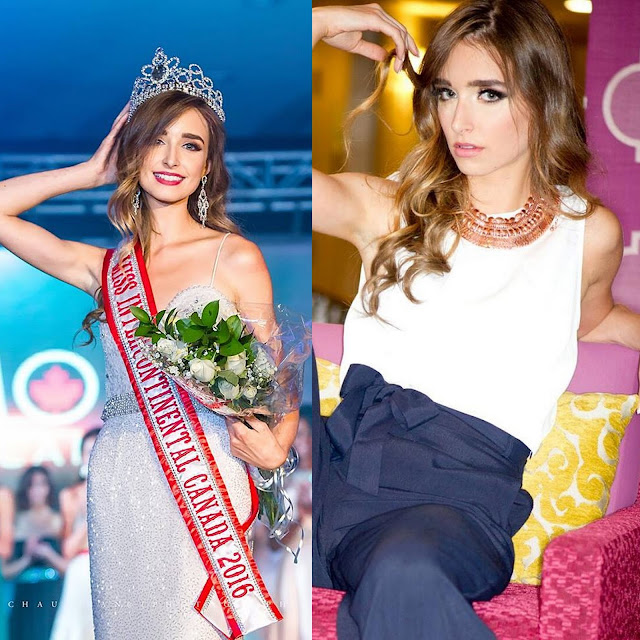 Another lady is slowly smashing the competition by silently gaining attention to pageant critics. Madison can smoothly penetrate the top semifinalist spot if she continues to provide a consistent attention while the pageant is ongoing. Her magnetic charm can help her become more competitive as the final's night of the pageant is already a few days away. The thing that she can do is to balance her styling so that her chances will remain consistent and competitive throughout the pageant competition. 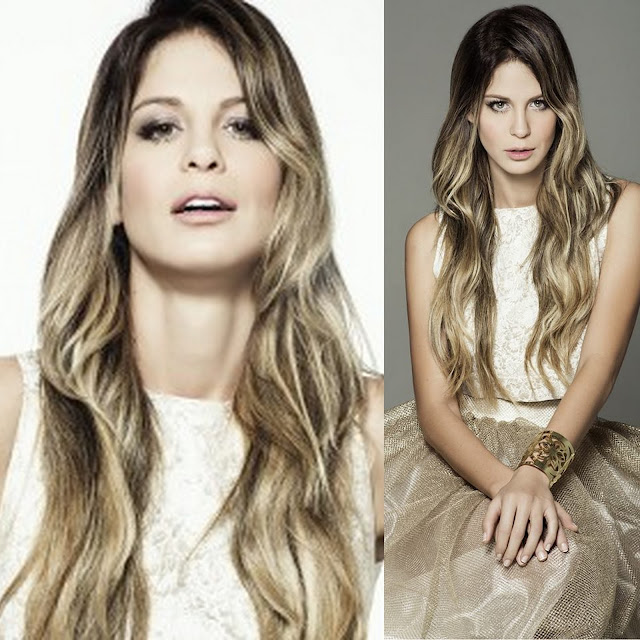 This lady is a clear front-runner due to her enigmatic self-confidence, which is her best weapon in this competition. She is expected to show a strong stage presence in front of the stage during the coronation night. A confidently beautiful girl is now underway to prove that this pageant is not only for candidates who possess a classical aura. Leidy Carolina shows a great confidence that can be easily seen through her eyes. Her unique aura and presence is enough to level up her strong sense of self-esteem to penetrate the semi-finalist spot. 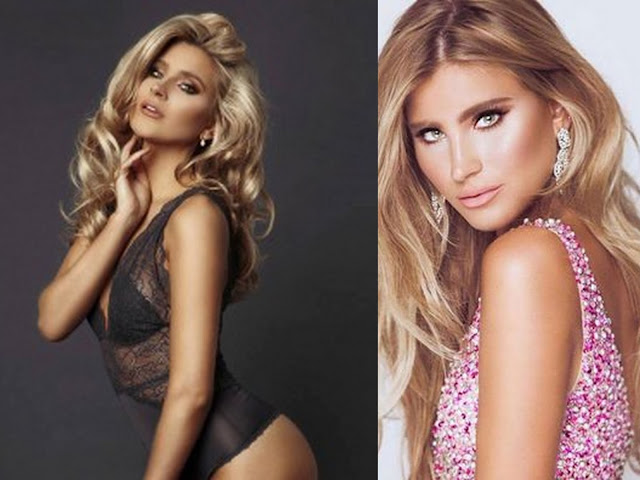 Chloe Mary may not be lucky from her past stints when she represented her country or community to other international pageants. But who knows, this year might be her best chance. However, do not underestimate this girl because she is well-prepared to face the odds as one of the contestants in this competition. As one of the main favorites by other pageant critics, it is clear that she corrected past limitations, making her as a complete package with confidence, great facial advantage, and past experiences that can make her stand out during the competition. 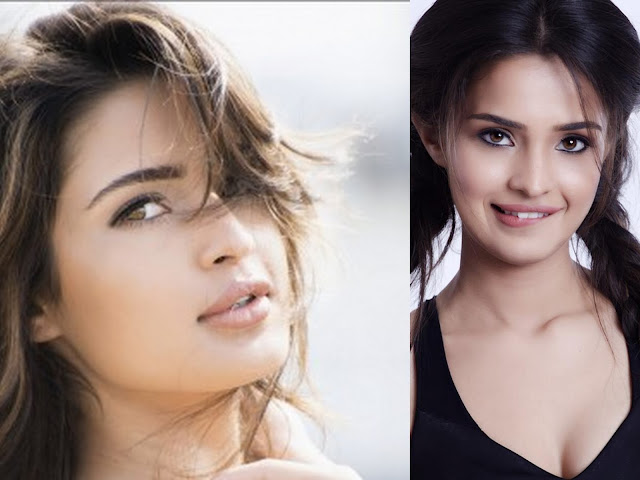 A sweet girl from India is shouting out in this pageant. Miss India is considerably one of the beautiful delegates in this edition of Miss Intercontinental in Sri Lanka. No wonder many Sri Lankans are amazed by her resonating facial beauty. It is a fact that a sweetest revenge is when you use your charm as your advantage to penetrate the top spot. Therefore, Aarushi can utilize her facial aspect to produce a magnetic power to the judges to help her way to reach the top spot during the coronation night. 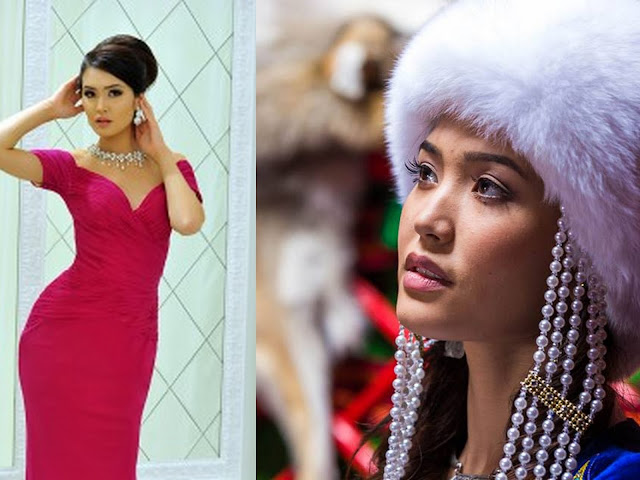 An interesting candidate from Central Asia is also making a sound in this pageant. This time, a lady with a mixed racial influence of a Caucasian and Asian descent is now gaining attention to pageant fanatics and critics. This is due to her modelesque aura that represents the value of a high fashion candidate that symbolizes elegance and prestige. Begimai's confidence level is also visible to all pageant activities and events because she knows how to play with the camera whenever it is focused on her. 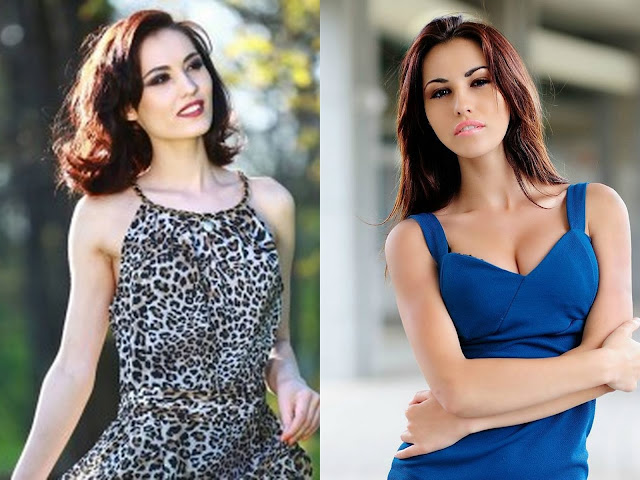 A classic girl from Moldova is also one of the girl to watch out for. She is considered a Miss Intercontinental prototype because she exudes a very strong classical aura that the pageant organizers of the pageant are looking for. Her brunette styling makes her even more sassy and classy that represents the true intercontinental look. Every photo, Cristina always looks expensive that could land her to several international modeling agencies because she can represent the brand well using her luxurious presence in every angle of her photos. 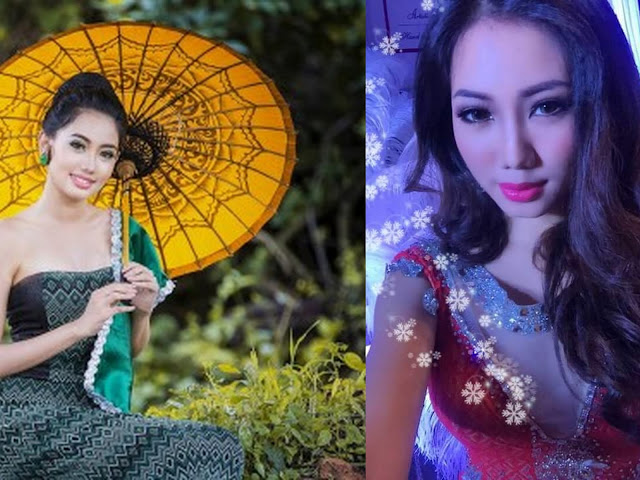 The curious case of Myanmar under the name of Ni Ni Naing is also slowly gaining attention to the pageant. Her bubbly personality is her main weapon to penetrate the semifinalist round during the coronation night. It is a quality that brings up her overall performance that can gain a positive outcome towards the pageant. Her innocent aurra is also an advantage because Miss Intercontinental is looking for untapped beauty that could be their new ambassador to international campaigns and events in the future. 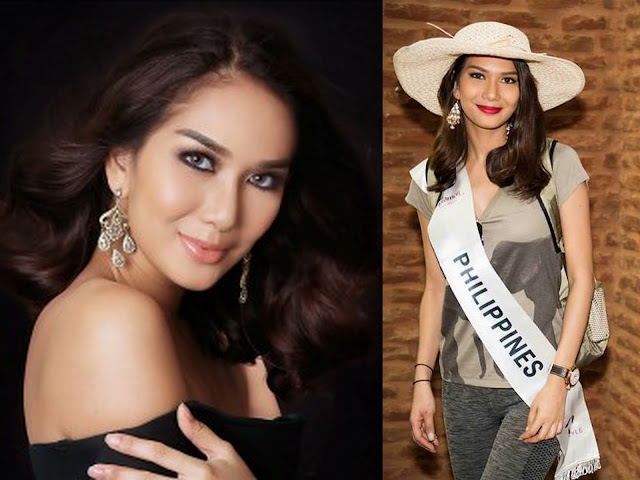 Delegates from the Philippines are very serious when competing to international beauty pageant competitions. Jennifer is well-trained and is expected to bring something positive to honor her country's hardwork and patience. Jennifer is a complete package that was sent to this pageant to accomplish only one mission, which is to win. Basing from past years, the country ranked 3rd runner-up in 2013, 2nd runner-up in 2014, and 1st runner-up in 2015. Will Jennifer the ultimate winner this time? This is possible as she is already trained and just waiting for the coronation night to prove her competitive performance. 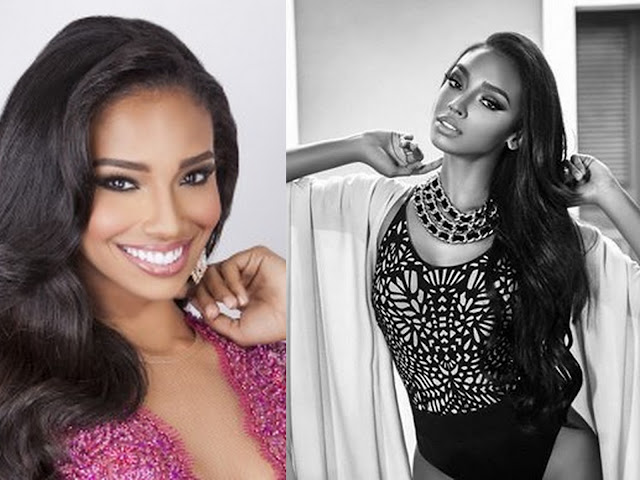 This is considered as the girl to beat in this edition's competiton. Heilymar Rosario has the greatest confidence than any other candidates in this competition. She knows that she has the total package that can easily glide her way through the finals during the coronation night. Her aura proves that she is the girl that other girls should watch out for. Heilymar is the epitome of a girl that is ready to conquer the continents as she has been picked as the ultimate girl to have the greatest chance to win the competition. 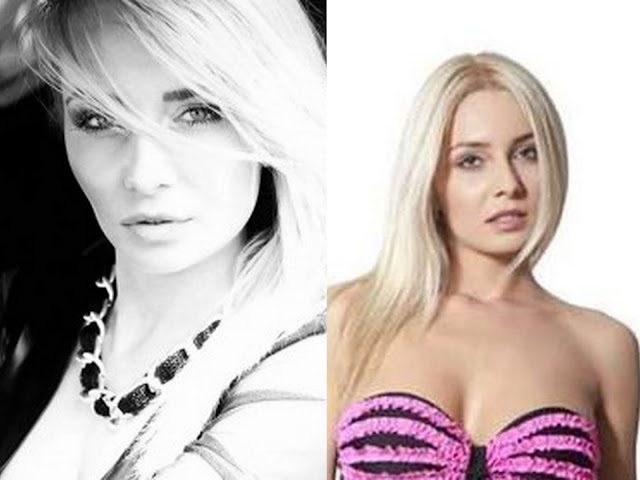 Gordana is predicted because she has one of the most beautiful faces in this competition. With an icy blonde hair and a sweet aura, these features could help her penetrate the semifinalist spot, especially during the coronation night. If she can play her cards well, she will never fail her country to clinch the final spot of the competition. She may not have the perfect catwalk skill to show the judges or pageant critics, but if she show a greater confidence, Gordana could easily claim a positive result during the final's night of the competition. 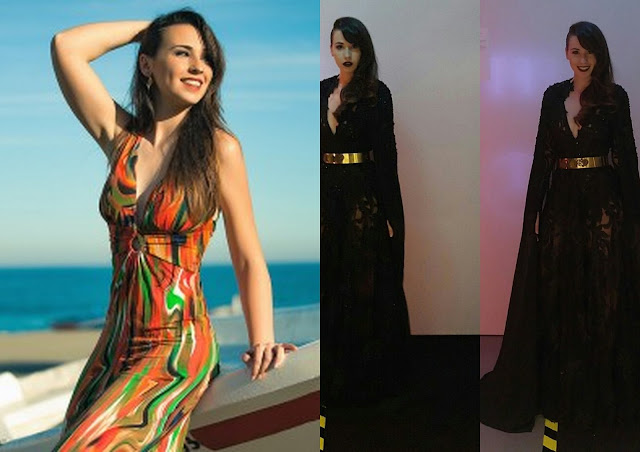 Rosa Gasent is a girl that resembles like a bomb. She has something that can surprise the judges and audiences with her effervescent look throughout the competition. Rosa is regarded as a complete package because she can have the confidence, the charm, experience, and the skill to catch the attention of the judges. All of her photos looks great including her candid portraits. Never underrate this woman because she has something that could captivate your impression and attention. 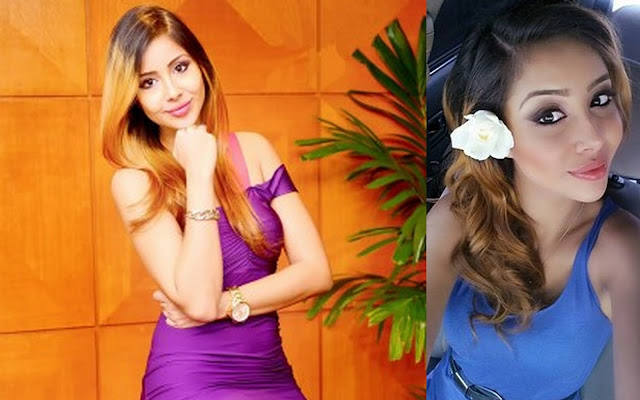 Good news for Sri Lankans, your host candidate is also one of the favorite ladies that has high chances of penetrating the semi-finalist spots. One reason is about her charming aura and attractive personality, which is a plus point for a host lady who wants to entertain other delegates during the competition. Her hospitable character as well as maintaining a cheeky appearance could help her enter the semis. Most especially, it is her home court advantage that could easily make her way to be included in the finalists. 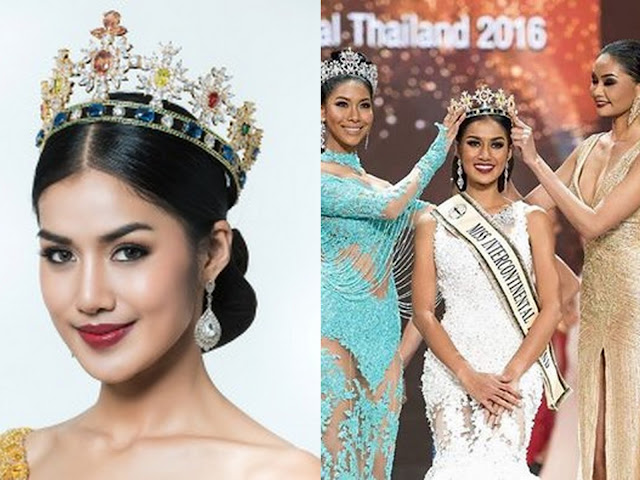 This girl from Southeast Asia is also considered as one of the potential ladies that can enter the semi-finalist round. She has the dramatic skill and confidence to maximize it that can prove her worth in this competition. Atitaya exudes a regal look that represents a queen that can represent an intercontinental aura. In addition, her pageant training is also an advantage to help her consistency becomes competitive during the course of the pageant. 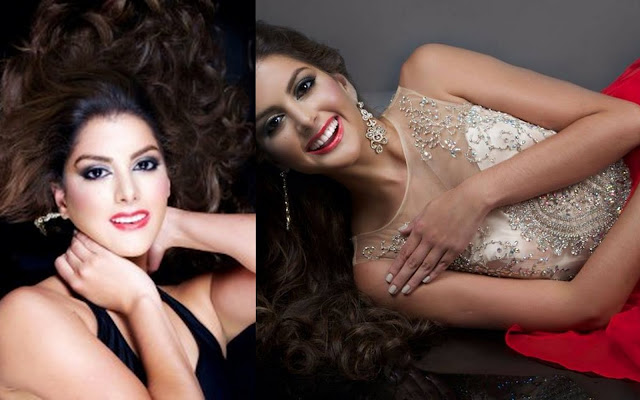 Here comes the lady from Latin America. Amal Karina is bringing a very strong sash factor in this competition. With her country gaining 5 crowns in this competition, Amal never disappoints her country as she is another girl that other candidates should be watching out. She is very confident, well-trained, and ready to snatch another crown in this edition of Miss Intercontinental. Will she be successful for claiming her country's 6th crown in this pageant?

Do you agree with these predictions? Then who are your favorites?
Posted By The Story of Anthony
Labels: ENTERTAINMENT, HOME, news, pageant, TRENDING
at Saturday, October 08, 2016