Do you want the Philippine National Police to return Oplan Tokhang Operations?

A+ A-
Print Email
After more than a year of numerous requests and public outcry, the Philippine President Rodrigo Duterte finally announced that the "Oplan Tokhang" operation is now under the Philippine Narcotics Enforcement Agency or PDEA. This means that the Philippine National Police is no longer conducting its crackdown on illegal narcotics operations to both users and pushers. The PDEA will take over as the official agency to handle issues on the use of narcotics across the country during the Duterte administration. The question, are you in favor of abolishing oplan tokhang?

Since Rodrigo won a landslide victory during the 2016 Philippine Presidential election, the reign of anti-narcotics operation began to take place. The operation became a nationwide campaign from the northern tip of Luzon island to the outskirts of the Sulu archipelago. This is Rodrigo Duterte's top priority that he mentioned multiple times during his presidential election campaign to various parts of the country for several months. The whole unit of the Philippine National Police made a nationwide coordination to fulfill the main law enforcement priority of Rodrigo Duterte throughout his presidential term. 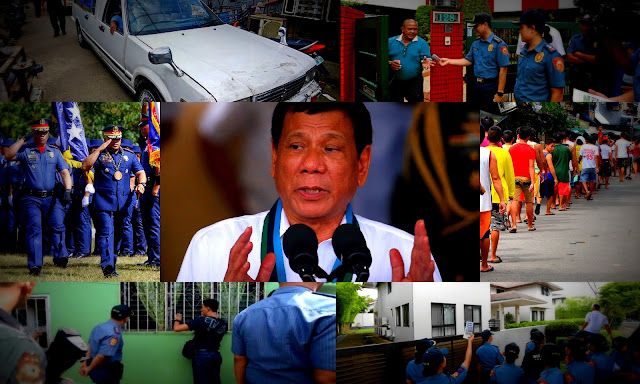 Oplan Tokhang or termed by others as operation silence is a police operation initiated by the Philippine National Police. The main goal of the operation is to engage in a crackdown against the users, producers, and pushers of any illegally circulated substances. All individual caught using or have any connection with the use of the illegal substance will be apprehended.

The main purpose of applying operation tokhang is to lessen the incident rates of criminalities across the society. During the past administration, the Philippine National Police has not been challenged to contain rampant criminal activities across the country. President Rodrigo Duterte wants the Philippines to become safer for both locals and international visitors who are here in the country. International visitors will feel safer whenever they arrive here in the Philippines to explore the wonders or the country and to establish new business opportunities.

President Rodrigo Duterte decided to discontinue the operation due to numerous allegations of police department's involvement in executions of minors. The Police department found out that there were numerous irregularities committed by other members of the police whenever they conduct oplan tokhang operations to their target. These are allegations of abuse of power, burglary, physical violence, and suspicious executions of their targets. As the operation continues, there are cops that were allegedly involved in taking advantage of the situation to abuse their authority to their victims.

During the duration of the operation, it has been found out that there were corrupt police officers who were caught taking advantage of the situation while pursuing criminal offenders. Corrupt police officers were caught reselling confiscated prohibited narcotics from the suspects and then earning an extra income in an illegal way. Police officers use extreme force to the targets even if they only intend to arrest the person of interest involved in an illegal activity.

Some police operations were scandalous enough to catch mainstream media attention. One example is the case of Kian Loyd Delos Santos, who was a 17-year-old teenager who was mistakenly identified by the police respondent as a seller of prohibited substances. There were criticisms that further escalated by various interest groups, indicating a concern with the police department's response against police scalawags.

After Rodrigo Duterte officially announced the abolition of operation tokhang, many fears that the plight of selling prohibited drugs will resume their illegal activities. Groups who are in support of the government's initiative to intensify a campaign against the negative elements of the law. Supporters were satisfied with the campaign against illegal peddlers of prohibited narcotics responsible for escalating violence and negative elements of the society. In addition, there was a significant decrease in the number of criminal activities that occurred across the society.