A+ A-
Print Email
The BPCI (Binibining Pilipinas Charities Incorporated) is now reviewing the requirements of the candidates before making a callback anytime soon. At least, there are hundreds of applicants who filed their candidacy applications, hoping to become an official candidate in the future. The lawyers of BPCI are currently investigating the background of each applicant before they will press the go button for them to participate as a candidate. Right now, each candidate will have to wait for their call back after being thoroughly interviewed by the lawyers to confirm their background as written on their application forms. 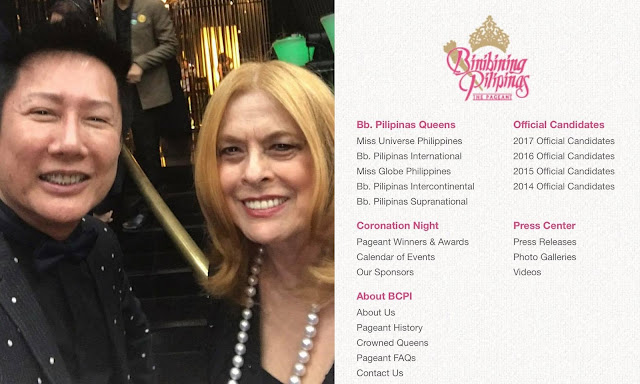 The Binibining Pilipinas pageant is the largest and most prestigious beauty pageant in the Philippines. It is the most popular local pageant in Asia and in the world. Crowned queens became instant celebrities because this becomes a lucky door for them to enter new opportunities. Even semifinalists can have the chance to become a celebrity if they are lucky to be noticed by advertisers, talent agencies, and companies.

Was this a case of typographical error on the part of the web page developer of Binibining Pilipinas? Everybody is hoping that it is indeed a typographical error. This might be right as there is a statement of the Binibining Pilipinas who is now open to selecting their next batch of applicants who will soon to become the next queens of the Philippines. When you will navigate other parts of the page, the BPCI still acknowledges Miss Grand International. The webpage developer might soon restore this minor correction so that pageant analysts and fanatics will no longer be confused with this particular part of the pageant's website. Some pageant analysts hope that this minor error in the website will soon be restored immediately.

On January 8, 2017, The BPCI published in their recent press release pages of their website that they are now hoping to select the best candidate in this edition of the pageant. Selected candidates will soon battle against each other during the interview, swimsuit, and gown competition before becoming an official representative of the Philippines. This indicates that they are not dropping any international beauty pageant franchise. At the moment, the legal team of BPCI is now in the process of scrutinizing all submitted documents of these ladies to determine if they are really qualified to become a candidate. Lawyers will make sure that there will be no late dethronement after announcing the official list of candidates or after they are already crowned.


Miss Grand International is an emerging new beauty pageant. This new international beauty pageant is held annually. This beauty pageant is based in Thailand under the directorship of Nawat Itsaragrisil and Yuphiyao Thaivisut. The main purpose of the pageant is to promote world peace and stop any physical conflicts around the world. The pageant pioneered in 2013 where it crowned five queens from Puerto Rico, Cuba, Australia, Indonesia, and Peru. The Binibining Pilipinas Charities Incorporated gained the license to franchise the pageant in 2014.


The staff and the production team of the pageant tagged the pageant as the top three largest pageants in the world. Many reacted to their claims as the pageant is just new. However, the beauty pageant is slowly gaining its claim accurately for two reasons. One is their Facebook page likes, which already reached at least more than two million as of January of 2018. Another reason is the extravagant stage production. Each year, the staff make sure that Miss Grand International will have the grandest stage presentation and production during the preliminaries and the coronation night.

If the total number of candidates this year will reach more than 90 or even above 100, then it will outshine traditional female pageants. The question is, do you love Miss Grand International beauty pageant?