5 Facts about the Parojinog clan in Ozamiz City

A+ A-
Print Email
The residents of the peaceful city of Ozamiz City has been rattled with some of the most disheartening news for many years. This was when their incumbent Mayor Reynaldo Parojinog was reportedly slain during a police operation at his home in Ozamiz City. The Philippine National Police in Region X conducted a police raid to establish a formal police operation directly former Ozamiz City Mayor Reynaldo "Aldong" Parojinog Sr.  The raid took place on Sunday, July 30, 2017, at 2:30 in the morning at San Roque Lawis in Ozamiz City under the initiative of the City's Chief Inspector Jovie Espenido.

The police raid was one of the bloodiest in the history of police raids in the region. Among the casualties were former Ozamiz City Mayor Reynaldo Parojinog Sr., his wife, Susan Parojinog, Octaviano Parojinog, and other 10 more members during the police operations. Former mayor's daughter Nova Princess Parojinog-Echavez was not at home during the police raid and was thankful enough to be alive. However, Nova is now in police custody after being arrested by the Police when she came home and was shocked to find out about her family's fate when she was away during the night of July 29, 2017, until the morning of July 30, 2017. 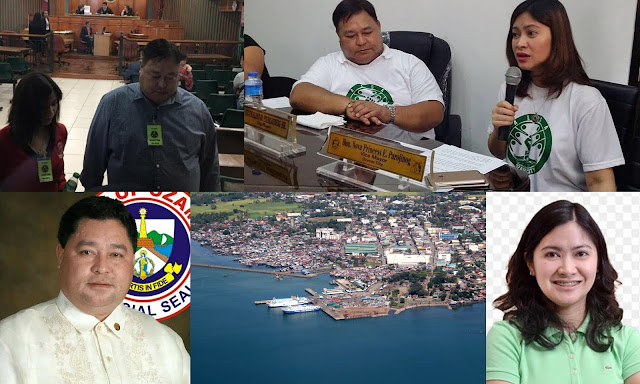 In Ozamiz City and Misamis Occidental, the Parojinog family is the dominant political clan, serving numerous public seats for many years. They occupy the highest public position in Ozamiz City such as the mayoralty and vice mayoralty positions. The Parojinog clan expanded their political influence by filling up several provincial positions such as the Board member as won by the late Octavio Parojinog, which was also slain during the police raid.

Northern Mindanao Police Chief Superintendent Timoteo Pacleb indicated that the target area was heavily guarded by a private armed group. The responding team from the members of the Philippine Police were welcomed by gun fires as they approached the residence of former Mayor Reynaldo Parojinog in Ozamiz City. After the police raid, the authorities recovered several high-powered firearms across the residential area. Other members of the police force conducted raids in private farms owned by the Parojinog clan. Recovered items were a stash of cash that was believed to be a product of illegal substance material trade, methamphetamine hydrochloride, and explosives.

The son of the slain Parojinog patriarch, Reynaldo Parojinog Jr. is also under the police custody along with Vice Mayor Nova Princess Parojinog-Echavez. Both Reynaldo Jr. and Nova Pcryss cries foul against the raid that was just conducted by the police at their residents. Nova Princess claims that the police planted evidence just to strengthen their accusations against their clan. The incumbent vice-mayor is expected to replace his father's position as the new mayor of Ozamiz City while undergoing an investigation by the Ozamiz City Police Department. The remaining members of the clan who survived the raid are expected to file charges against the police.

5 Facts about the Parojinog Family in the Ozamiz City

1. Parojinog Family are a high-valued target: The Parojinog clan is regarded as one of the most valuable targets in the entire island of Mindanao and not only concentrated in Misamis Occidental province, particularly in Ozamiz City. This means that the family has been closely monitored by the members of the Philippine National Police-Ozamiz City Department for their alleged involvement in illegal substance trade across the island of Mindanao. Former Mayor Reynaldo Parojinog was earlier tagged by President Rodrigo Duterte for his alleged involved in narco trade in Mindanao.

*READ: Are you in favor of Martial Law declaration? Here are 5 Beneficial facts

3. Established a network of illegal trades in Mindanao: The members of the Philippine National Police were already aware of the illegal trade of narcotics of the clan across Mindanao and other parts of the Visayas region.  Parojinog's outsourcing of prohibited narcotics substances from either Metro Manila or from international back channeling portals successfully established an independent power in Mindanao. The clan is reportedly one of the largest sources of prohibited substances in the region that got the attention of anti-narcotics czar, President Rodrigo Duterte.

4. One of the most notorious narco-politicians in Mindanao: Parojinog who won a public seat to serve as officials of the government were regarded as untouchables in Ozamiz City. They are impenetrable because each Parojinog official is guarded with private armies wherever they go. As a narco-politician, they protect distributors and suppliers of prohibited substance in the area to maintain their trade with other narco politicians, consumers, and distributors. Narco-politicians are also suspected of supplying illegal substances for some members of terrorist groups in Mindanao.

5. Connected to Kuratong Baleleng group: In 1990's Kuratong Baleleng were a notorious group of a criminal gang and a known distributors of prohibited narcotics in Metro Manila. Former Mayor Reynaldo Parojinog and some of his clan was believed to be one of the leaders of the group who went back to Ozamiz City after the group's demise to get away from possible apprehensions by the government. As one of the few remaining members of Kuratong Baleleng, Reynaldo Parojinog has now been placed under surveillance by the members of the Philippine Narcotics Enforcement Agency.