Home » HOME » Interesting facts why you should visit Bauang, La Union in the Philippines

Interesting facts why you should visit Bauang, La Union in the Philippines

Bauang is certainly an untapped place in the Philippines where people can relax and spend their leisure time with their loved ones. There are numerous resorts and beach across the stretch of the municipality's western coastline, enticing travelers and vacation enthusiasts to try and discover the natural wonders of the municipality. Bauang is a municipality in La Union province, which is a favorite destination from landlocked provinces in the Luzon island to seek temporary haven by means of relaxation away from their stressful environment.
Bauang is an urban municipality that is located along the western coast of La Union, which is a province in the northern part of Luzon island in the Philippines. This coastal municipality is populated by 70,735 inhabitants as of 2010 but this data will increase if updates from the national statistics office will release its latest population census. This municipality is bordered by the provincial capital, San Fernando City to the north, Naguilian municipality on its east, South China Sea or locally known as West Philippine Sea to its west, and Caba to the south of the municipality.

How to reach Bauang? There are two main roads that snake the municipality. The main road is the MacArthur highway that runs through the municipality from the Ilocos provinces of the north down through Pangasinan and then towards the main capital. Another notable highway is the Naguilian Road, which connects MacArthur highway through the highland portions of the Cordillera Region, which initially reaches Sablan, Benguet, and Baguio City.

Bauang is also just beside the capital town, which is the City of San Fernando in La Union. There is an existing port area in the city that can be accessible to Bauang. This can be reached by private boats, yatch, and ships who wants to dock to the Poro Point. San Fernando City also has an existing airport, which provides an accessible air route for individuals who wants to bring their private jets to La Union just to relax and spend their leisure time with their families and friends anytime. And from the airport, it will be just a few minutes drive to reach Bauang.

The third route is by plane via San Fernando Airport, which is a community Airport that is currently under construction to expand its operations.

Bauang is a popular tourist destination in La Union. There are numerous beach resorts that are installed all over the town due to its coastal location overlooking the South China Sea or locally known as the West Philippine Sea.

Bauang is a coastal area situated on the west side of the Luzon island. This municipality is also popular for sightseeing its natural wonders such as witnessing the setting of the sun in the late afternoon.


Where to stay in Bauang


White House Beach resort is one of the go to areas in Bauang. The resort is just beside the ruins of Cresta Del Mar beach resort that is already abandoned. This is just behind Paringao National High School and Paringao Barangay Hall that is located just along the MacArthur national highway.

There are at least two private roads that you can enter to reach White House Beach Resort that is located at the edge of the private road. Upon reaching the end of the road, you will already observe white house, which is the most distinctive structure of the resort. 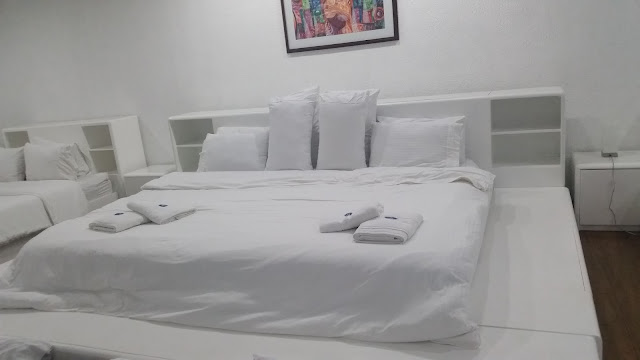 They offer family suites that is best for a dozen visitors who wants to enjoy their leisure time for a couple of days while experiencing high class amenities provided by the resort.

Posted By The Story of Anthony
Labels: HOME
at Tuesday, December 22, 2015