Before we will discuss further regarding the three main reasons, let us congratulate Zozobini Tunzi from South Africa for winning Miss Universe 2019. For many, she embodies diversity as she is the first black woman from South Africa to win Miss Universe. Zozobini's win embodies demographical consideration by extending the true definition of beauty regardless of who you are and what race you are when competing in the most prestigious beauty pageant in the universe.


During the conclusion of the Miss Universe 2019, Zozobini Tunzi is regarded as the third South African to win the pageant. The first runner up is the super heavy favorite and a strong contestant, Madison Anderson from Puerto Rico. Finishing the second runner up spot is Sofia Aragon from Mexico.

Let's head back to the announcement of Top 10 finalist for Miss Universe 2019. The first five countries to penetrate this spot were the USA, Colombia, Puerto Rico, South Africa, and Pero. Filipinos are hoping Gazini will enter this barrier for the Philippines. The next four contestants to advance were Iceland, France, Indonesia, and Thailand. There was only one contestant left to penetrate the top 10 spots and this goes to not the Philippines but Mexico.

Then there was a sound of silence right after the announcement. It was a vibe of agony, sorrow, and frustration for the Philippines. Gazini Ganados failed to reach the top 10 spots for Miss Universe 2019. As an expected scenario, there were pageant fans who walked away from the main event and then went on to their personal itineraries. Pageant fans watching from home switched their television off and others just stopped watching the live stream and went on with their personal routine. 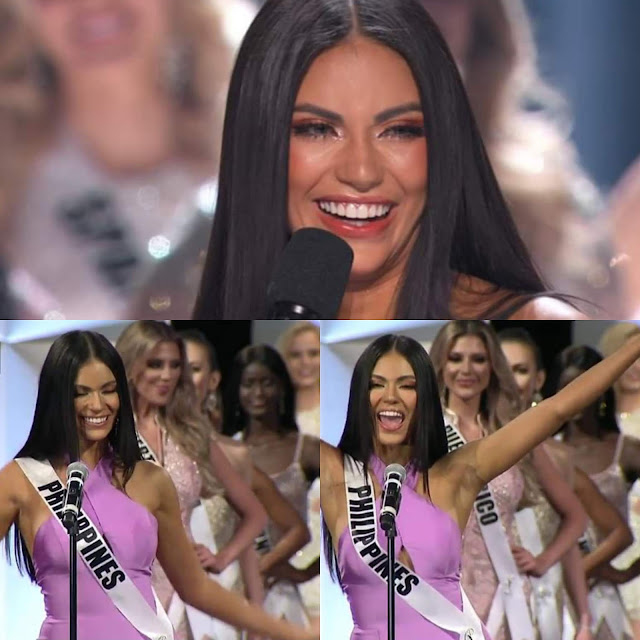 1. MUO is not looking for a back-to-back winner: Recently, the Philippines already produced two winners for Miss Universe. Pia Wurtzbach won in 2015 while Catriona Gray won in 2018. Zozobini Tunzi is the rightful winner who represents diversity as she is already the epitome of a winner with a sorrowful background. She proved herself that a little girl with a girl hair and dark skin with a history of being discriminated against can still shine bright in the universe.

2. Her speech and Advocacy: Gazini has great advocacy. There is kinda off in her speech, which was during in the middle of her speech wherein she should have said inclusivity from "inclusivility", which made her stutter and triggered something in her that made her look trembled. From that moment, something was already odd as it resonated in her facial expression before walking away from the mic and started to smile again. Secondly on her advocacy, maybe the judges wanted more how she can further establish physical causes to extend support for the elderly population.

3. Stars are not aligned for her to win: Sometimes, our luck tells our destiny in life. If a person is destined to become Miss Universe, then they will really have to work and fight for what they stand for. In this edition of Miss Universe, they chose a woman who is already embodying diversity and socio-culturally significant identities. Maybe being a Miss Universe is not really meant for Gazini because a person can only participate in Miss Universe as a contestant once in their lives.

Anyhow, Congratulations Gazini Ganados for finishing Top 20 in Miss Universe 2019. Many Filipinos are still proud of this woman as she continued the placement streak for the 10th time for the Philippines. This is another experience for the pageant fans what to know and expect for the next coming years in Miss Universe beauty pageant.

Posted By The Story of Anthony
Labels: HOME, pageant, PHILIPPINES
at Monday, December 09, 2019