Who is Medelina Berja Yamazaki who went viral in Ayala Center Cebu?

A+ A-
Print Email
One of the most excruciating scenarios you can witness in a certain mall is a commotion between a sales representative and an irate customer. An incident happened in Ayala Center Cebu where a certain lady named Medelina Berja Yamazaki was with her family when they approached the sales representative. After making a check about the product, the lady customer suddenly erupted out of nowhere and caused a scene in the mall. People became curious where is that loud voice of an irate person coming from, then they saw a woman with a baby shouting at a crew.

Medelina became furious as she continues to verbalize words that made the sales representative emotional. The employee was alone while the irate customer keeps on saying words that are hurtful. One phrase that caught the attention of the audience was when she mentioned: "I swear, I am a millionaire" that shocked passers-by in the area. People then started taking photos and recording a video of her and the sales representative and then posted it on social media.


The behavior of the mother caused her to become the star of social media as her video and photos berating the sales representative exploded exponentially. People started to share sympathy towards the employee who became emotional while at work with the misbehaving woman.

While Medelina's emotions were already causing a scene in the Ayala Center Cebu's ground floor at the booth, the employee began to break down. One of the hurtful words was the curses of Medelina towards the employee that caused a psychological impact. The concerned citizens in the area call the attention of the security to assist the berating woman towards the exit of the mall to prevent any further commotion in the scene. The staff of the mall then call the authorities to take further action towards the berating woman who already caused a psychological impact on the employee.

After a few moments of waiting, the authorities arrived at the scene and started their investigation on the matter. The authorities found out there is a fault made by Medelina who caused a commotion and disturbance on the scene. After figuring out she made grave misconduct such as cursing the employee, Medelina is now detained in the Mabolo Police Station and taking the further investigation into the incident that happened inside Ayala Center Cebu. 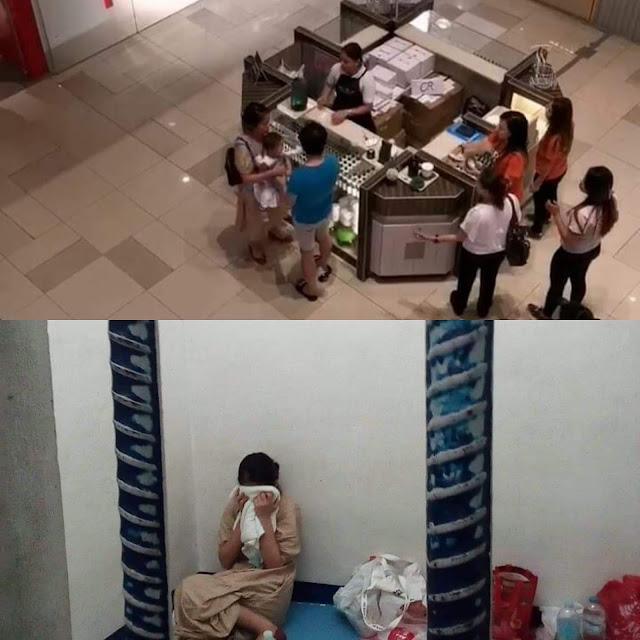 The staff of Ayala Center and the authorities advised the public to control their emotions whenever doing their personal chores in public areas. It is always best to stay humble no matter what the circumstances are to prevent any serious commotion that might disturb the private lives of other individuals.

Medelina is mum about the incident and is clearly regretting what she caused at the scene with the employee. However, she is now facing charges due to the commotion that created a public scandal, creating a disturbance in the scene.

The incident is a clear lesson for everyone not to threaten other people. Grave threats can face serious consequences under the law and anyone who threatens others intentionally will be apprehended by the authorities.

What is your message to Medelina Bejar Yamazaki?

Posted By The Story of Anthony
Labels: HOME, PHILIPPINES, TRENDING
at Tuesday, December 10, 2019