Catriona Gray was obviously the crowd favorite during the coronation night of Miss World-Philippines 2016. She bagged numerous special awards in every event. Whenever she gets out and show herself on stage. After her coronation, she will now resume training to prepare herself for the upcoming pageant in the United States. This time, her training will be more rigorous as she is now competing against the candidates from other parts of the world, which is more competitive, and colorful. 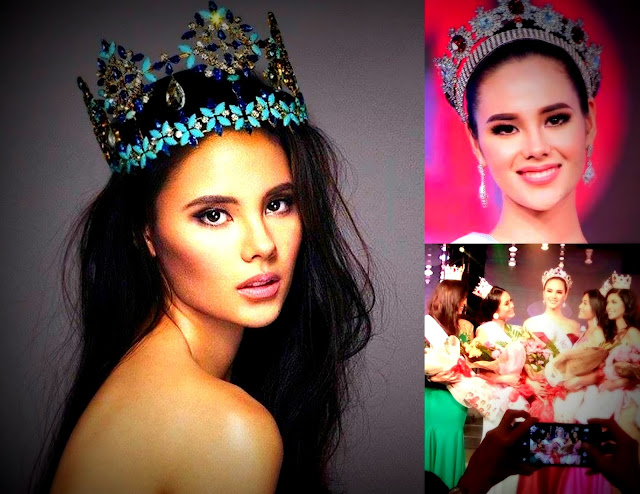 Catriona Elisa Magnayon Gray is a local celebrity in the Philippines. She was featured in several magazines, commercials, and print ads all over the Philippines. Catriona is an Australian-Filipino beauty queen who just won Miss World-Philippines 2016 title. She was born on the 6th of January in 1994. She stands 5 feet and 10 inches tall or 1.78 meters.

Catriona was born in Australia to a Filipino mother and a Scottish father. Catriona decided to move back to Manila after she finished her high school academic career in Cairns, Australia. She was invited to several modeling agencies and print ad companies in the Philippines, gaining popularity as a celebrity in the Philippines. Aside from being a top model in the Philippines, Catriona is also passionate on playing guitar. Catriona also loves martial arts and gained a black belt title.

While Catriona Gray was announced as the eventual winner of Miss World Philippines 2016, here are other ladies who garnered a close finish for clinching the 1st runner-up or first princess is Arienne Louise Braga Calingo. The 2nd princess is Ivanna Kamil Suficiencia Pacis. Third Princess goes to Marah O' Munoz. The 4th Princess is Sandra Raymundo Lemonon, who is the second most popular candidate of the national pageant. Although Catriona will represent the Philippines for Miss World 2016, she could be dethroned if she failed to fulfill her duties. This means that Arienne Louise Braga Calingo is a possible replacement for her.

1. She is a Miss World Prototype: Catriona represents a woman of class. She exudes the symbol of royalty that can always endure elegance with her style and fashion. This is what Miss World international beauty pageant is representing wherein ia beauty queen who symbolizes class. If Catriona will play her elegant cards very well, she will end up bringing home the blue crown, which is the second time for her country.

2. Catriona Gray is Megan Young 2.0: This is not about the comparison but a reflection from the past that can also repeat the present or the future. When Catriona won as Miss World Philippines 2016 in October 2, 2016, she reminds the Philippines of something that already have had happened last three years ago. This was when Megan Young gained the license to represent Philippines to Miss World 2013 in Indonesia where she became a heavy favorite to win the crown. This time, another heavy contestant can repeat the history through Catriona Gray.

3. An experienced model: Known as a local celebrity in the Philippines and in Southeast Asia, Catriona Gray is well-known to several modeling agencies in this region. She is often being featured in print ads and television commercials. You may not notice that the girl wearing a certain brand when you walk along the mall is her. When the camera starts focusing her, she can easily use her experience by gracing her hands, posture, and facial expression to reveal an exquisite photo that best represent a certain brand.

4. Catriona is a television host: Miss World loves a woman who is communicative. She can efficiently represent the Miss World Organization well because she is always articulative, expressive, and knows how to persuade any audience that watch her host an event. This means that she could gain numerous supporters from various events and charity programs, which strengthens the advocacy of Miss World after winning the pageant later this year.

5. Catriona has the charm: Aside from being a classy beauty queen and a good communicator from the Philippines, Catriona has the charm. A charm that can change the world when a person will open her mind and sould to see the real beauty of royalty, charm, and elegance. This is the perfect ingredient for a person who want to show that world that she can be the ambassadress of beauty. The real essence of being a role model to the society always utilizes their charm in order to efficiently persuade their advocacies and motivational factor to other individuals.

Do you agree with these 5 reasonable facts?
Posted By The Story of Anthony
Labels: ENTERTAINMENT, HOME, news, pageant, PINOY
at Monday, October 03, 2016