A+ A-
Print Email
Yaritza Reyes is now the new (Nuestra Belleza Republica Dominicana Mundo) Miss Dominican Republic 2016. She legally gained the license to represent her country for the upcoming Miss World pageant that will be held later this year. The event was concluded at Santo Domingo in the Dominican Republic under the license of Miss World. She is now set to compete to another major pageant that would eventually change her life later this year.

Reyes will now start preparing herself to battle against other contestants from around the world who will be competing with other delegates for the second largest pageant in the world. Yaritza Reyes is hopeful to give all her best to win her country's first ever Miss World crown. Dominicans are also praying that she will be the answer to their prayers for becoming the first-ever woman to win Miss World 2016.
During the coronation night, Yaritza Reyes flaunts her catwalk skills by wowing the judges with her confidence in the swimsuit round. On the gown competition, her gown highlighted her bottle-shaped body in a silhouette form that exuded her height and fit body. On the questions and answer round, she nailed her answer directly to the question, making her the winner of the finals night. Fans are happy to know that their expected candidate won the pageant.

Her full name is Yaritza Miguelina Reyes Ramirez. She was born on December 17, 1993 (aged 22), in Comendador, Elias Pina, Dominican Republic. She moved and raised in Sector of Sabana Perdida in Santo Domingo Norte. Reyes attended in the University of Santo Domingo with a major of Communications.

Yaritza is currently a local celebrity in the Dominican Republic. She is a known local actress, model, singer, and a beauty queen. She is publicly seen in the public through several billboard advertisements and some commercial ads on television. She became a local celebrity when she won the license to represent her country during the Miss Universe 2013 beauty pageant. Since then, she endorsed numerous brands and products in the Dominican Republic. As a local celebrity, businesses in her community made her as their endorsement for several brands in her country.

Yaritza stands 5 feet 11 and a half inches tall, making her one of the tallest contestants for the Miss World 2016 pageant. Her current vital statistics are 32-24-35. Both hair and eye colors are brown.
Yaritza is well-known in the world of pageantry around the world. 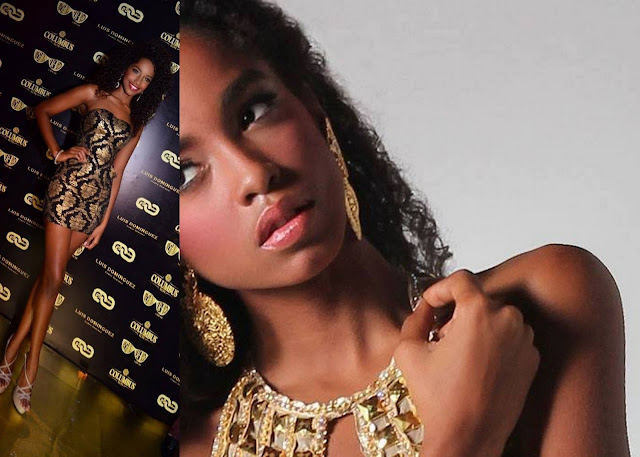 In 2013, her road to pageantry began when she competed for Miss Dominican Republic 2013. She represented Elias Pina province where she grew up. Eventually, she won Miss Dominican Republic Universe 2013 (Nuestra Belleza Republica Dominicana Universo 2013), besting 36 other candidates of the national pageant. The national pageant was held in Punta Cana on the 3rd of August in 2013.

Yaritza became a candidate in Miss Universe 2013, aiming to succeed Miss Universe 2012 Olivia Culpo from the United States. During the coronation night, she entered the top 16 round until paving her way through the top 10. Unfortunately, she wasn't called to the top 5 final round where misses from Brazil, Ecuador, Philippines, Spain, and Venezuela penetrated. Miss Venezuela's Gabriela Isler was crowned as Miss Universe 2013.

Yaritza trended around the world when she accidentally fell in the hole in one of the pageant's sponsored activities to promote a swimsuit collection in Russia. During that time, she recomposed herself and walked another round to display her confidence on stage. Spectators applauded her defiance and confidence during that show.

With her pageant experience, she is considered one of the strongest candidates for Miss World 2016. As a crossover from some of the major international beauty pageants around the world, Yaritza is expected to place well in Miss World 2016. Pageant critics and fans consider her as the girl to beat in the upcoming competition, giving hopes for her country to create a historical mark in the field of pageantry.

Posted By The Story of Anthony
Labels: HOME, news, pageant
at Saturday, June 18, 2016