A+ A-
Print Email
The 2016 Rio Olympics is one of the most prestigious sporting events that was just recently held in Rio De Janeiro, Brazil. The remaining athletes who were still in Rio De Janeiro attended the event that was initiated by the Olympic Committee with the special participation of Brazil's Olympic Committee. Aside from the athletes, sports officials from around the world also attended the event to fulfill the closing ceremony of Rio Olympics in Brazil.

Although there were numerous constraints reported by the citizens, media, and other delegates from other countries, Brazil made a historic accomplishment for making 2016 Rio Olympics a success. Brazillian authorities mentioned from their closing remarks that they are happy that worldwide audiences as well as sports committees from each country, participated the event. The recent Olympics proved that Rio De Janeiro is capable of hosting another international event that could eventually wipe out all negative criticisms against the city as well as Brazil.
Olympics sports event is a quadri-annual event participated by at least more than 200 countries from all over the world. Each athlete will be competing in a specific sport against the delegate from another country. Before hosting an Olympics event, there will be countries who files for an application will be screened comprehensively. A feasibility study will be conducted in order to determine if the country is qualified to host a very large event.

In the case of Brazil, hosting a very large event is very significant to the country. Brazil has been experiencing political and economic meltdown due to rising inflation, unstable political legitimacy, and large street protesters. Hosting even for just a few weeks could regenerate economic stimulus for the country to rebuild its ailing economy. Former president Rousseau has just been ousted from her position as the head of state, which is now replaced by an interim government responsible for leading the nation before the Olympic started.

Brazil was also plagued by numerous reports of rampant heinous crimes brought about by snatching personal belonging of local and foreign tourists. Robbery, burglary, theft, and physical harm haunts the safety of all tourists who were in Rio De Janeiro, risking the safety of other tourists in the area. Despite public safety dilemma, Brazil still successfully hosted Rio Olympics, which is the first for the Latin American region. Brazil Olympic Committee is poised to further improve the image of Rio De Janeiro and the rest of the country even after the Olympics.

Japan is set to host the next edition of Olympics that will be held after four years from now. This will be in 2020 in Tokyo, Japan. The country started constructing numerous sporting facilities as part of its Olympics preparation after four years. During the closing ceremony, Japanese Prime Minister Shinzo Abe blessed the program and invited the guests to plan their trip on 2020 in Tokyo to attend the quadri-annual sporting event.

For rank 41 to 50, they are Turkey, Armenia, Czech Republic, Ethiopia, Slovenia, Indonesia, and Romania. Both Bahrain and Vietnam tops the 48th spot, while Chinese Taipei or Taiwan is ranked 50. the Bahamas, Cote d' Ivoire, and Independent Olympic Athletes are all in rank 51. Fiji, Jordan, Kosovo, Puerto Rico, Singapore, and Tajikistan are in the 54th spot. Malaysia was ranked in the 60th spot.

Mexico is at rank 61. Algeria and Ireland landed on the 62nd spot. Lithuania is in the 64th spot. Bulgaria and Venezuela placed on 65th rank. India and Mongolia are in the 67th spot. Burundi, Grenada, Niger, the Philippines, and Qatar are in the 69th position. 74th position goes to Norway. Egypt and Tunisia are in the 75th spot. Israel landed on the 77th spot. Austria, the Dominican Republic, Estonia, Finland, Morocco, Moldova, Nigeria, Portugal, Trinidad & Tobago, and the United Arab Emirates are all in the 78th spot. 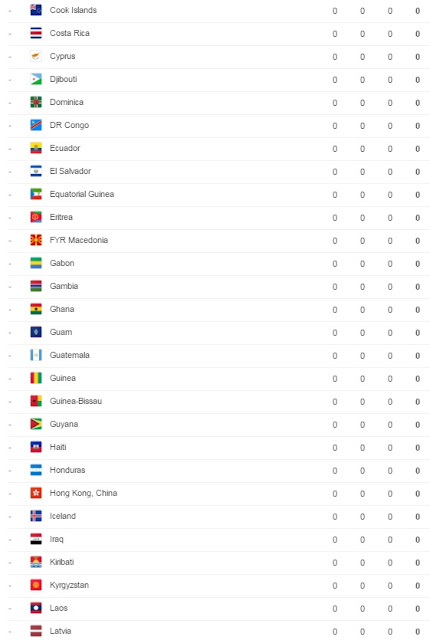 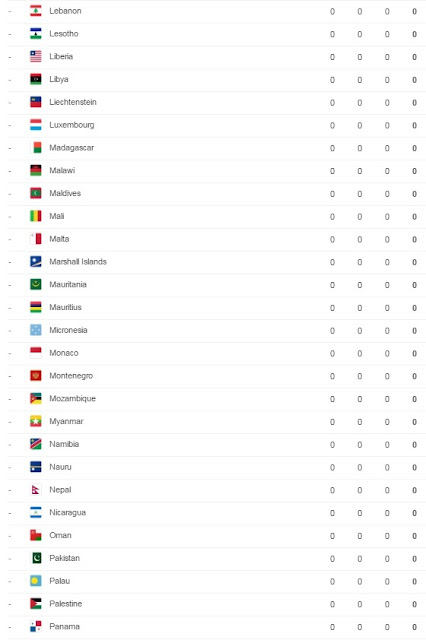 *Did your country won a medal?
Posted By The Story of Anthony
Labels: ENTERTAINMENT, HOME, hotel, sports, TRENDING
at Monday, August 22, 2016