A+ A-
Print Email
Miss Supranational 2016 is now the most anticipated female beauty pageant right after the conclusion of Miss Globe 2016 beauty pageant that was just held in Tirana, Albania. Ladies from all over the world are now preparing for their final's night to determine who will be the next woman to be crowned as Miss Supranational 2016. The World Beauty Association, which is the official organization is now preparing for their big event that will make a big impact in the history of beauty pageantry.

What makes it historical? This is because, after one day, the female counterpart of Miss Supranational will also take place in the same venue. Mister Supranational 2016 male pageant is the new highlight of the World Beauty Association. It aims to develop new phases of camaraderies with regards to the fulfillment of Mister and Miss Supranational beauty contest. The male counterpart of the pageant will initially present the most prestigious gentlemen from all over the world who are now vying for the position as the new Mister Supranational winner.
Male contestants from all over the world are already in Poland to prepare, train, and showcase the cultures and talents of their respective countries and identities. There are at least 36 candidates who are vying for the first ever title organized by the World Beauty Association. These contestants are the pioneers in the launching of the first ever Mister Supranational this 2016.

Upon looking at the candidates, you would notice that most of them appear modelesque due to chiseled body structures. Some of them are already working as professional models in their respective countries, but there are few who are already making it big in the international fashion industry as male models. Other candidates are athletes or were an athlete, which is evident to their well-toned body physique. And there are other candidates who are currently known as local celebrities in their respective countries, who are seen in various television shows, commercials, and movies.

Although most of these candidates are trained or experienced to play with the camera whenever they are being photographed, there are some who really knows how to make the camera love them. Their effortless charm and confidence make them worthy of their journey that increases their chances of winning the title as Mister Supranational 2016. The winner of this first edition of Mister Supranational will be a luxury because one of them will be making a history as well as a one of a lifetime experience. Let's find out the candidates who are selected to have the highest probabilities of winning the pageant. 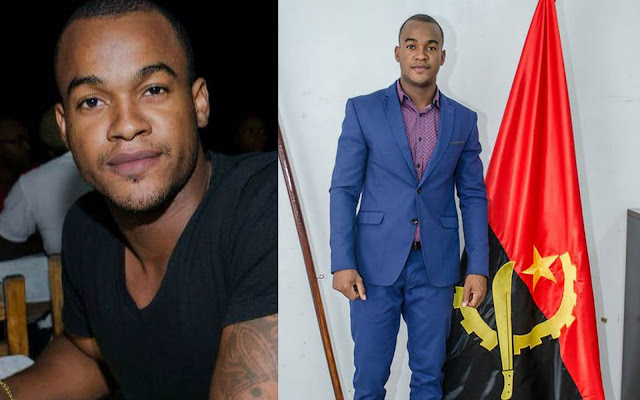 Mister Angola, Osvaldo Chavez is a strong contender from the African continent. Osvaldo is regarded as the silent slayer in this edition of Mister Supranational. He can silently slide through the semi-finalist even though he is underrated. This boy-next-door candidate can melt your heart by his humble charm. Don't be surprised if you see his country announced by the host during the final night of the competition in Poland. 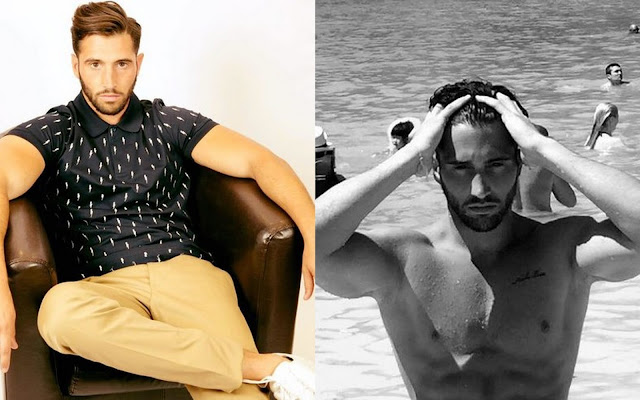 When you are looking for a blonde candidate, this guy will surely complete your day. His masculinity makes him dominate the world of supranational. Johnny has that supra vibe that will make you like him throughout the competition. However, they always say that your strongest asset can also be your weakest. Consistency is only the key for him to dominate the pageant, which will give him the chance to make his country proud by placing high in this edition of Mister Supranational. 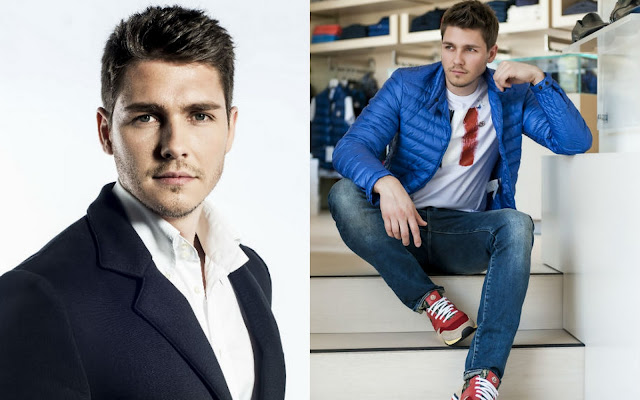 In the field of male pageantry, you should have that x-factor in order for you to stand out. Sergey may have that factor, which is visible with his aura that represents his personality and confidence to make something positive to happen for him in this competition. Sergey is ready to conquer the stage with his appealing physique. One noticeable feature is his slightly droopy eyes, which makes him look like a humble guy with a great personality. 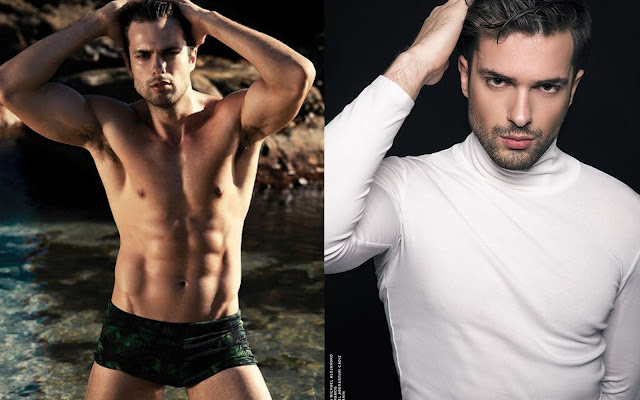 This delegate from the samba country seems like he brought samba to supranational. Bruno is obviously personifying a person who brings a strong element on this competition as you can see to his appeal. He knows how to play with the camera by creating an attractive poses using his attractive eyes. Aside from his facial appeal, his body is well-toned, making him one of the most attractive delegates in this edition of Mister Supranational. Better watch out for this delegate. 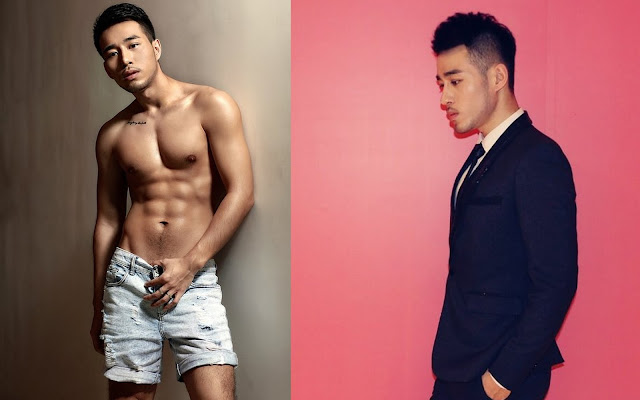 China is sending a unique delegate that makes this edition of Mister Supranational a special event to watch. One of the main assets of Ximin is his skin tone, which makes him look more appealing to the audiences. The facial structure of Ximin is another combination to regard him as a strong Asian delegate in this year's competition. It will not be a surprise if Ximin enters the top 3 spot during the final's night of Mister Supranational. 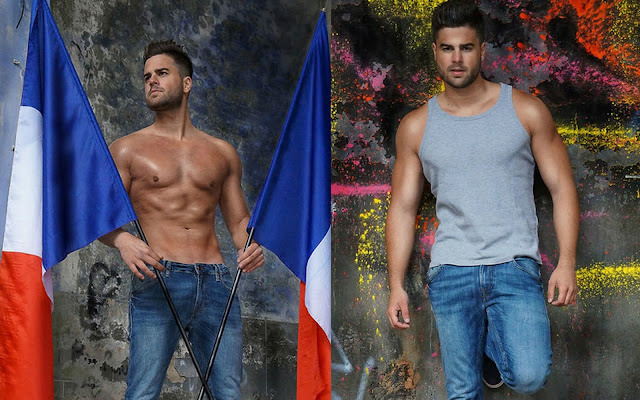 Bryan is currently working as a model. His experience as a model can easily help him clinch Mister Supranational if he does it consistently. Bryan is already a veteran in the world of cameras, managing to pose in each angle even if without instructing him to do because he already knows how to keep a correct posture during a photo shoot. If this candidate has the charm and consistency to do well throughout the pageant, he might win in this first edition of Mister Supranational. 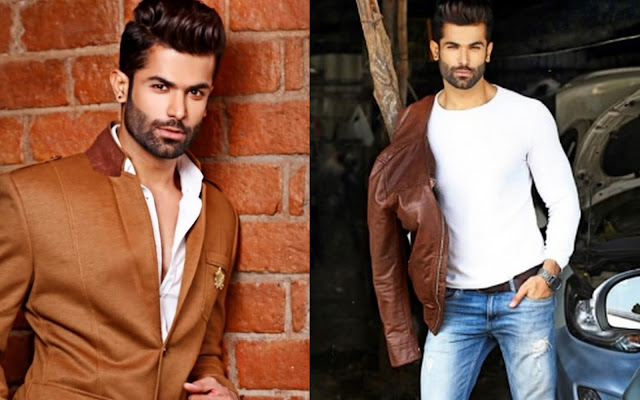 After his country recently won Mister World, Jitesh might be the first gentleman from India to clinch the title on December 3. This candidate can always display a strong confidence vibe by just effortlessly using his handsomeness. Jitesh is a full package candidate with a well-toned body, magnetic face value, and a confidence that represents his readiness to dominate the pageant with a win during the final's night. Mister India is the man to beat in this edition of Mister Supranational male pageant. 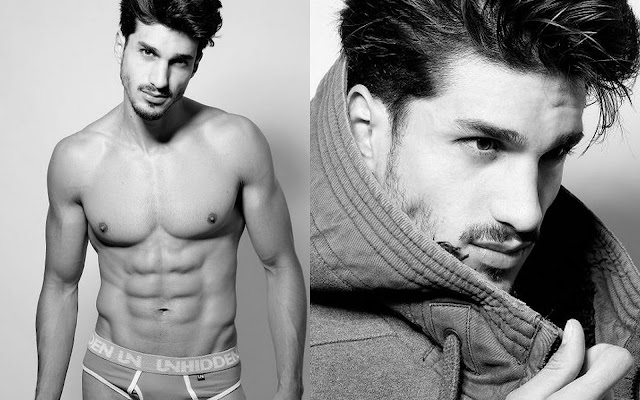 Another silent contender in this year's edition of Mister Supranational. Diego Garci is an epitome of a person who does not need votes to win because he already has his charm and strong stage presence when it is the time for him to display his skills in pageantry. If he doesn't have any problems communicating in English, then it will be an edge for him to fully utilize his confidence to become the first ever Mexican to win Mister Supranational 2016. 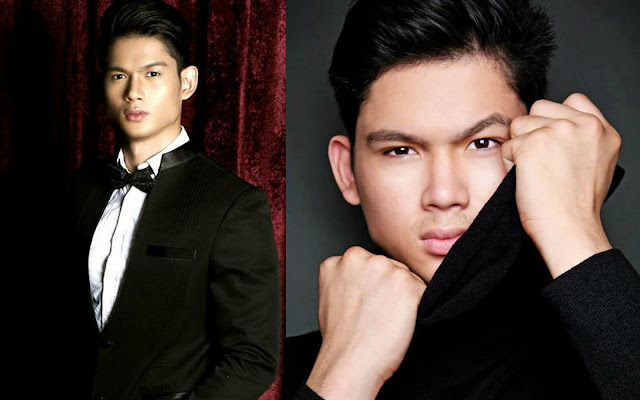 Another boy-next-door from the oriental archipelago of the Philippines. Ar De La Serna can always show his sweet-looking aura can make him noticeable during the course of the pageant. This is because having one of the few with a sweet looking aura makes him stand out in the pageant. Ar can communicate well with others, making him a potential to gain more friends during the competition. A high placement is also possible for this delegate from the Philippines. 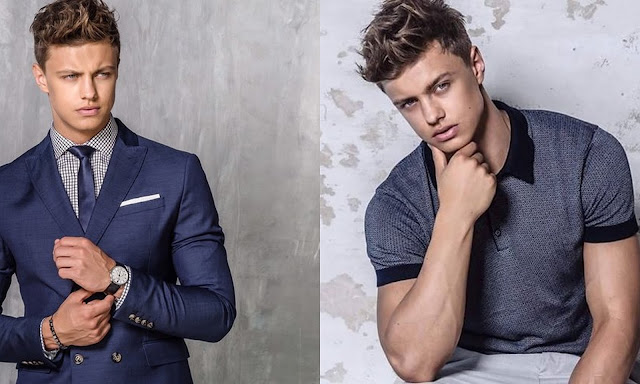 Mister Supranational is held in Poland. Off course, it would be a shame if there would be no representative from Poland to spice up the competition. Rafal's homecourt advantage is one of his biggest assets to penetrate the semifinalist spot during the final's night of the pageant. This delegate has a well-built body and an angelic face that will never let his countrymen down to cheer him up every time he will is on stage. 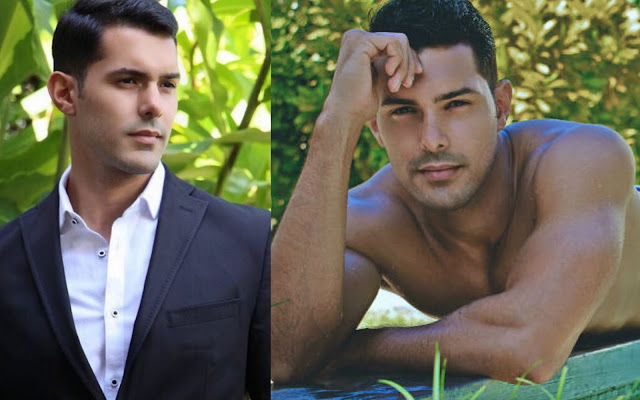 Another strong delegate will shine in this year's edition of Mister Supranational. The modelesque hunk from Puerto Rico can surely take a spot through his way on the top of the competition. Christiane's appearance and aura are very luxurious, making him fit for any modeling agencies to represent their product. If he wins Mister Supranational 2016, he can further elevate the image of World Beauty Association as the male ambassador. 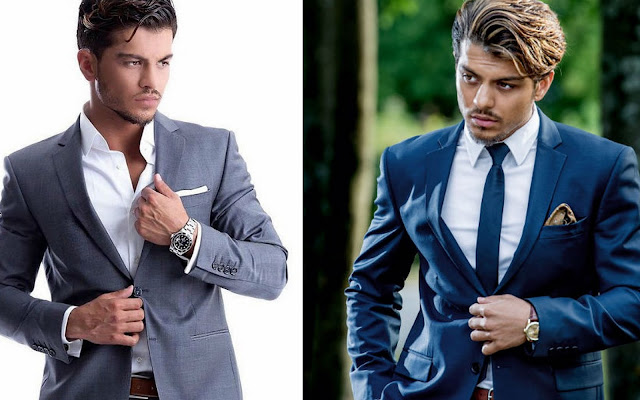 Another candidate from the northwestern side of Europe can penetrate his way through the competition on December 3. Ali Gafori shows very unique appeal that can easily captivate the hearts of the spectators and the judges. He is one of the few candidates who possesses an animalistic appeal, which displays a rugged but has a fashionable aura that no one cannot resist it. If you combine it with his juicy-toned muscles, he can surely pave his way through the final 3 spot, which will not a surprise during the final's night. 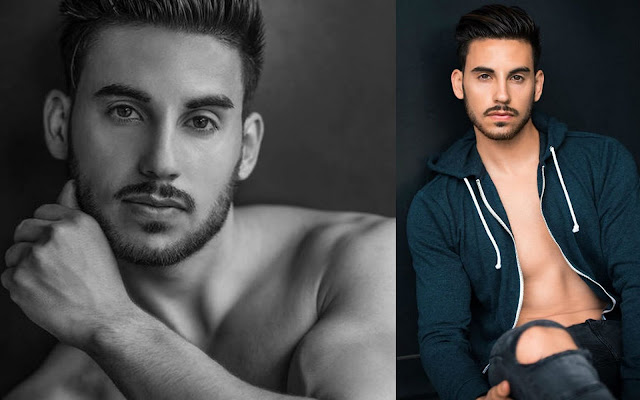 Fabio can easily entice the organizers, judges, and the spectators with his full package caliber during the course of the competition. Fabio's exquisite masculinity is his powerful weapon to make him noticeable than the other candidates. Since this competition is all about masculinity, humility, and diversity, Fabio can use his advocacy to channel all his personal and the pageant's campaign to carve a spot in this edition of Mister Supranational. 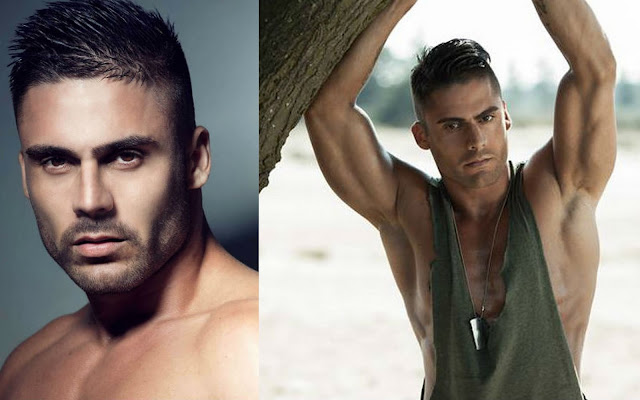 The hunky candidate from the Netherlands will never get you bored. Nico's "man-of-steel" look makes every spectator that could worship him. He has a look like a god, similar with Hercules. His gender-appeal makes every person bow down to his knees and begs for mercy. This is the strongest weapon that Nico should maximize for him to be always stood upon by his followers, especially from his home country, the Netherlands. It will not be a surprise if he makes it through the final cut during the conclusion night of the competition. 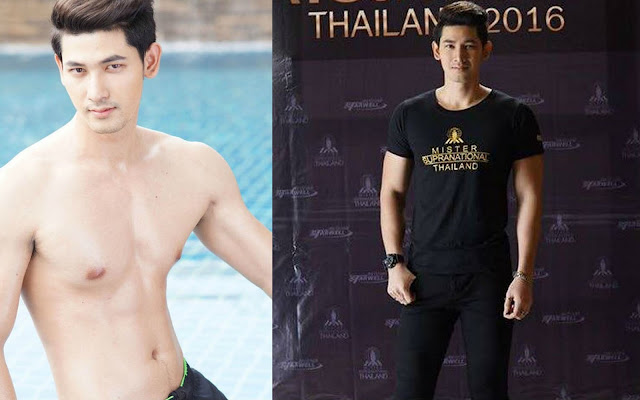 This sensational candidate from Thailand can also bring a promising performance for Mister International 2016. Phanuphong is ready to showcase his modeling skills, charming persona, and a bubbly character that can impress other's expectations. Phanuphong's communication can be an obstacle if he keeps his confidence staggard. Nevertheless, our correspondents believe that he is ready to make a difference in Mister Supranational on December 3, 2016. 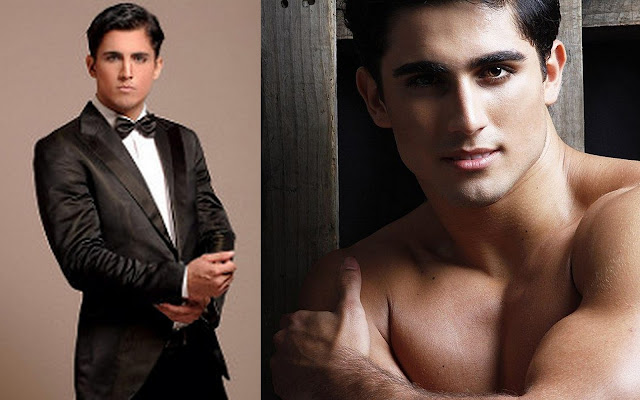 If female pageantry is a serious issue in Venezuela, and so is male pageants. Never count away Gustavo because he is very prepared to make another mark for Venezuela as the first male candidate to bag the ultimate title. Gustavo has a very attractive pair of eyes, which can immediately melts any person who will be caught unaware being seen by this charming candidate. Gustavo is prepared to strike different angles of pose, utilizes every shot in front of the camera, and trained to have good communication skills to answer well during the questions and answer portion of the pageant.

So who are your favorites?

*READ: 7 interesting facts on the worth of 7 Grand Slam Beauty Pageant Luxurious crowns